Marzamemi is a coast little town of Pachino district, 2 km far of it and 20 km far from Noto, Baroque capital. It is in Siracusa district.

The village was born around the docking, then became fishing port, it was developed thanks to this last activity, having also a Tonnara, on elf the most important in Sicily. 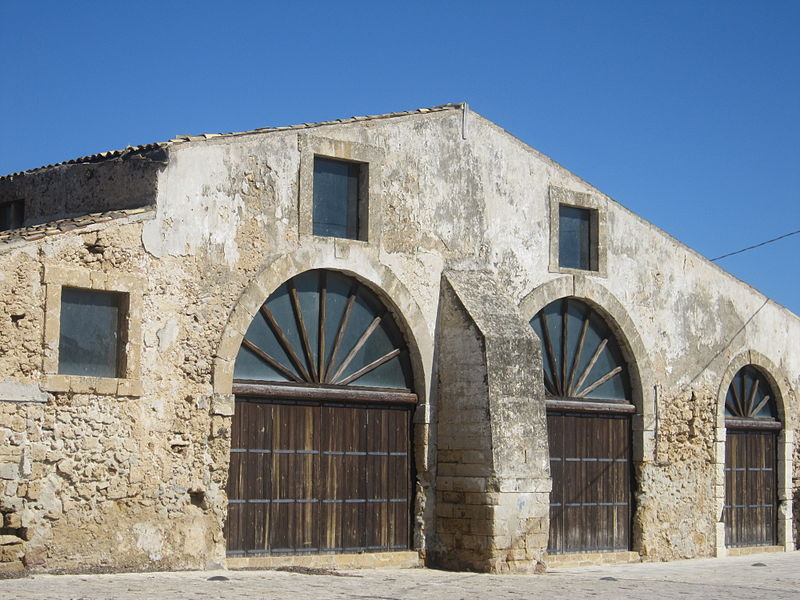 The Marzamemi Tonnara coming from the Arab domination in Sicily. It was sold in 1630 from the owner to the Villadorata Prince. The Villadorata reinforced the tonnara buildings, by bringing from Avola till Siracusa expert carpenters, who decided to remain in Marzamemi.
In 1752 they built the Palace, the Tonnara church and sailors’ home.
In 1912 in Marzamemi was built a factory where to work the salty tuna and then the tuna in oil. The fishing activity in tonnara was very rich till the postwar. In marzamemi acted two slaughters per day: one in the morning and one in the early afternoon. The “camperia”was the canning factory near the loggia and the Prince Palace. Its ruins, delimited by via Jonica, via Marzamemi and via Letizia, are recognizable thanks to the high quadrilateral smokestack (today in collapse risk). At the beginning, the smokestack were two, but one of them was destroyed by the air attack during Second Word War. In last period, the factory worked to the fish long life on behalf of Angelo Parodi from Genova. All the specialist workers were from Genova, like also the Managing director and for him it was arranged  an accommodation on first floor. The small tin with different sizes, produced in Marzamemi, were commercialized under the brand “AP Angelo Parodi Genova – tuna in pure olive oil – worked in fishing place”. The factory, which closed in 1926, because of default in raw materials, revived again in 1937 thanks to the aristocrat Preziosa dei Baroni Bruno di Belmonte of Ispica. The tonnara closed definitely in 1969. 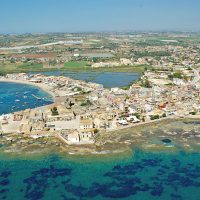 Marzamemi has a wonderful beach: during last years, it aimed to the tourism, by offering the possibility of several docks equipped for amusement boats. In summer time, population increase, thanks to the residences built in the ancient village.
The first Monday of august, after the Assumption day, there is the San Francesco di Paola feat, with a procession in boats, cuccagna in sea and a regata.
In 1993 the Ancient village was used like cinematographic set of Sud by the director Gabriele Salvatores, with actors like Silvio Orlando, Claudio Bisio and Francesca Neri. Other films seated in Marzamemi are Kaos of Taviani Brothers, I Malavoglia of Pasquale Scimeca, L’uomo delle stelle of Giuseppe Tornatore, Mario e il Mago of Klaus Maria Brandauer, Oltremare of Nello Correale, Cuore Scatenato of Gianluca Sodaro, Tra due mondi of Fabio Conversi, and also the series like Il Commissario Montalbano and Blindati of Claudio Fragasso and TV programs like Linea Verde, Geo&Geo, Sereno Variabile, Pianeta Mare, Lineablu.
Since 2000 Marzamemi hosts the Cinema Festival of Frontiers.