10 things to do in Malta

Maltese islands (Malta, Gozo and Comino), in the Mediterranean sea, offer tourists a fascinating historical, cultural and natural heritage. This country has been influenced by several cultures, with a predominance of Northern African one, and its language is a mixture of Arabic and Italian.
Its streets cross villages and cities, passing by museums, markets, churches, historical and ancient buildings, making the tourist experience Malta through different sensations.The island has an efficient bus service: therefore, those who do not want to rent a car, can move freely from place to place.

A visit to the old capital Medina 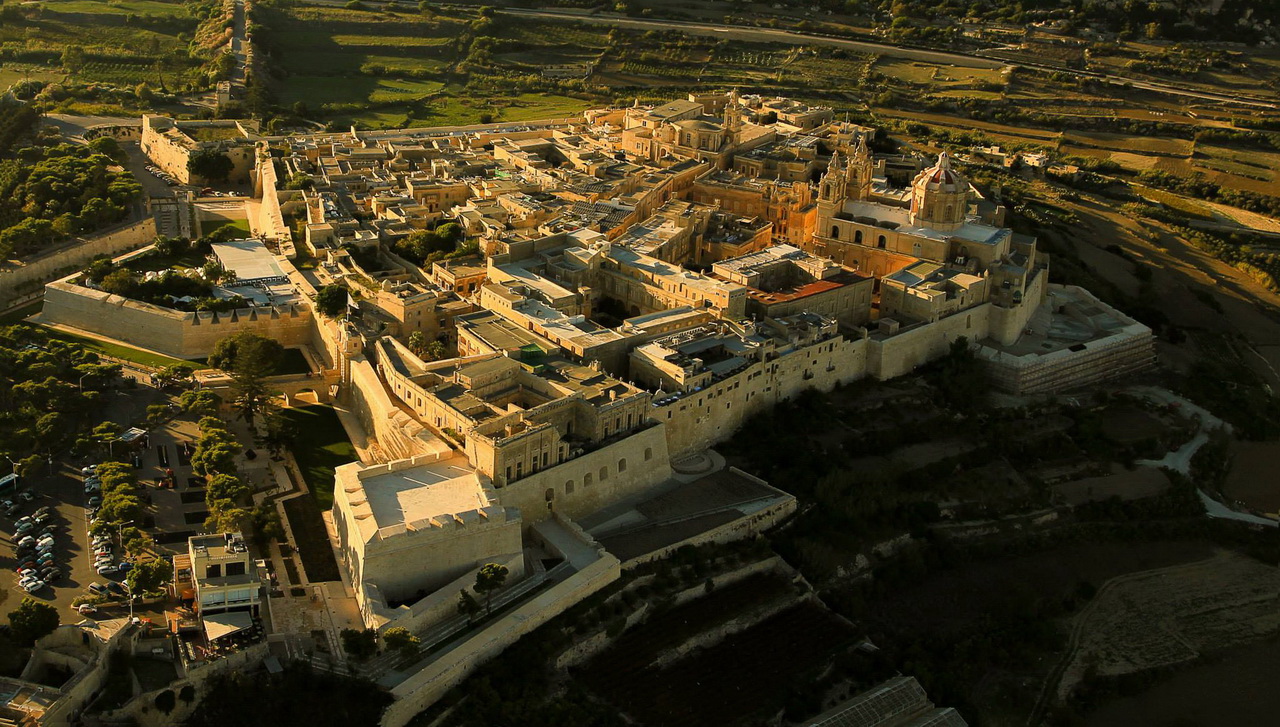 Nowadays, the capital city of Malta is La Valletta, but it once was Medina, the so-called ‘Illuminated City’, ‘the Silent City’ founded by the Arabs on a panoramic hill at the center of the island.
With its museums and picturesque streets, Medina open its doors through the Main Gate built in 1724. The city walls project the visitor elsewhere, back in time, making him lose his way in between all its majestic sandstone buildings.
Among all the historical attractions offered in Medina, we can enlist:

Nonetheless, Medina is also a modern city, famous for its cafés and restaurant where to enjoy a moment of perfect ease after a walk.

A walk in Barakka Gardens 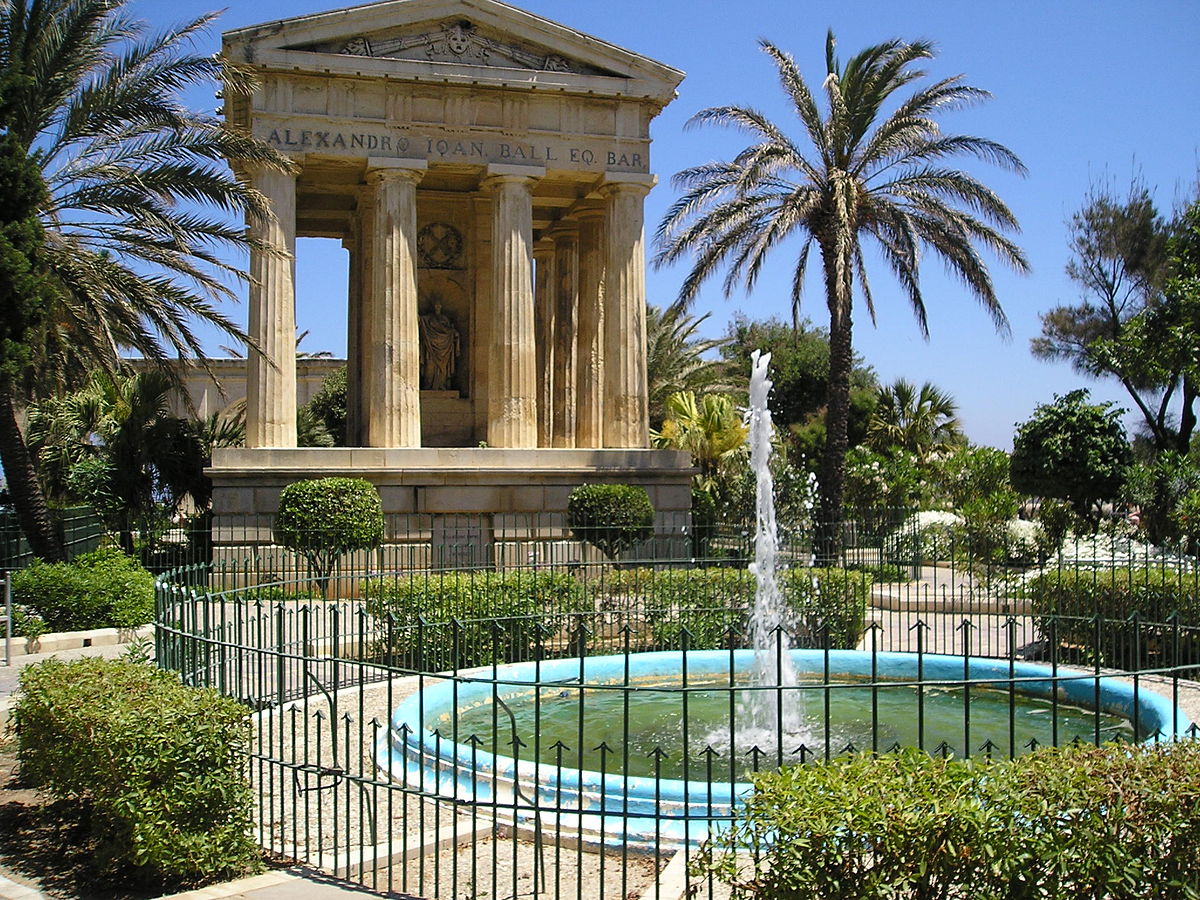 From this gardens, visitors can admire the so-called ‘“Three Cities” of Malta (Birgu, Single and Cospicua) and the Grand Harbour. They are conventionally dived into Lower and Upper Barakka Gardens.
The Upper Gardens, usually more appreciated by tourists, are built on a bastion, and embellished with several monuments and statues, and are located on the South-Eastern side of the capital La Valletta, close to Castille Place. The Saluting Battery, a cannon that use to shoot blanks to welcome arriving warships, is located just beneath the main terrace.
The peculiar majestic lift, re-opened in 2012, links the Grand Harbour to the Upper Gardens: in only 25 seconds it exceeds 58 meters difference in height between the seafront and the city.
Entrenched on St. Christopher’s Bastion, The Lower Barakka Gardens make tourists enjoy the view of many landmarks, such as Valletta Breakwater Bridge, Fort Ricasoli, Palazzo Bighi and Fort Sant’Angelo

Go with the flow: Paceville’s nightlife

Malta is not just history, but fun too: the Maltese district of Paceville fascinates tourists for its many restaurants, bars, nightclubs, discotheques, casinos, cinemas. In almost all the clubs the entry is for free and they are open till morning.
Among all the most famous clubs, we recommend: Sky Club, the biggest indoor club in Malta with its 2000 squared meters, with a capacity of 3.400 people; Havana, with its 6 bars and 2 dancefloors; Level 42, a classy and fancy club.
For those who prefer a warmer and relaxed atmosphere, we suggest: Saddles, a cheap and crowded club with good music; The Scotsman Pub, a Scottish pub with a wide beverage choice; The Dubliner, a typical Irish pub with live music.

Entering the Rotunda of Mosta

It is a neoclassical church dedicated to St. Mary, started to build in 1833; its dome has a diameter of almost 40 meters. Considered the third biggest church in Europe, its architecture is based on the Pantheon in Rome.
Its official name is Church of the Assumption, since it is dedicated to the Assumption of Mary, patron of Mosta.
In the crosshairs of an historic event interpreted as a miracle, the church was hit by a 300 Kg bomb during the World War II, but nobody was injured.
Its interiors safeguard paintings and statues, decorative elements and carvings, arches and columns, recesses for statues of saints. 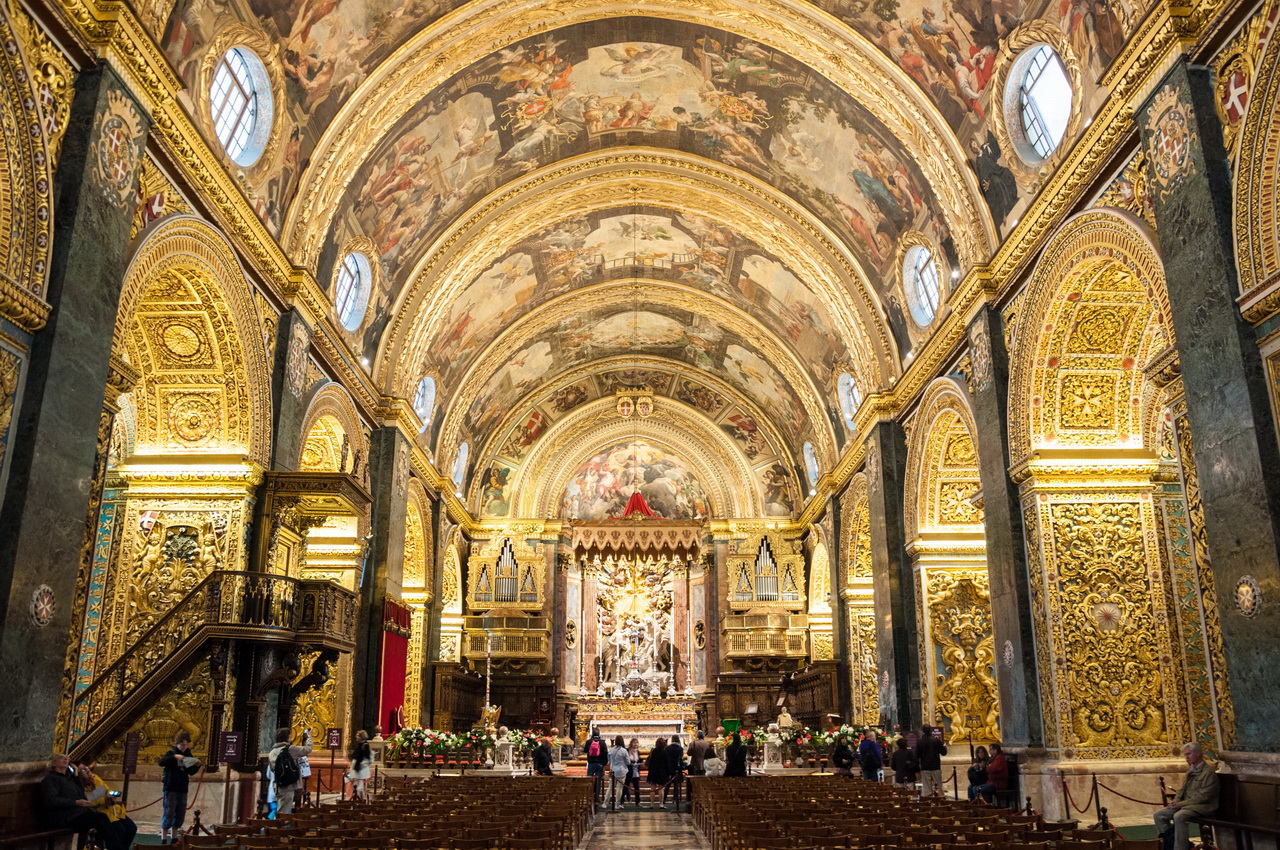 Built by the Knights of St. John and ended in 1577, it is considered one of the most beautiful European churches, with its baroque façade and its majestic interiors. The cathedral is today one of the most visited landmarks of the island.
It floor is covered in 400 marble tombstones, carved in fine ornaments: here lie the sons of those that used to be European aristocrat families in between XVI and XVIII century, together with the remains of the Grand Master Jean Parisot de Vallette, founder of the Maltese capital.
The church Oratory safeguards a canvas by Caravaggio, i.e. “The Beheading of Saint John the Baptist”, painted in 1608 during one of his stays in Malta. It is one of his masterpieces and also his only painting with his signature.

Going back in time to Ġgantija megalithic temples…

The two temples of this archaeological site are located on a hill south of Xagħra. They were named after the Maltese word ġgant, which means giant, because it was thought that they had been built by a people of giants.
Their walls are over 6 meters tall and over 40 meters long. They are the oldest temples of the island, dating back to a period between 3.600 and 3.000 b.C. The biggest megalith measures 6×4 meters and weights approximately 57 tons.

…and to Tarxien Temples

Tarxien Temples are the best preserved proof of the island’s prehistorical rituals. It is a temple complex made of 4 megalithic structures, discovered in 1914, occupying an area of 5.400 squared meters.
The temples date back to the so-called “Maltese Temple Period”, in the late Neolithic, between 3.600 b.C. and 2-500 B.C.; peculiar sculptures of animals and spiral patterns are to be found on their inside. Furthermore, a statue that portrays the goddess of fertility was found in the South Temple.

A trip to Marsaxlokk

Marsaxlokk is a traditional fishing village in the Southern region of the island. Its fish and seafood market takes place on a daily basis: indeed, it is a must to have lunch or dinner with fresh fish in one of the many restaurants on the seafront.
The historical treasures of the village include the parish church dedicated to the Madonna of Pompeii with its wonderful red, white and golden interiors and Fort Delimara, built by The Knights of Malta. Undoubtedly, St. Lucian Tower worths a visit: it is an ancient polygonal fort built by the Order of Saint John in XVII century and one of the watchtowers of the island.

Located in Attard, they are among the most beautiful gardens to visit in Malta and contain a large variety of trees and flowers. The garden has been open to the public since 1882 and they were created by Grand Master Antoine de Paula for his summer house.
The Gardens’ tour also includes a visit to San Anton Palace, that currently serves as the residence of the President of Malta.
The gardens contains also ponds, fountains and trees from all over the world, some of which are over 3 centuries old.

Heart of a large part of the history of the island, Grand Harbor was the location of the siege of 1565, when the Knights of Saint John defeated the invading Ottoman Turks.
A traditional dghajsa tour cannot be missed by sea lovers: a little, colorful boat formerly used to ferry sailors from the ships to the shore. Now powered by an engine, dghajsa still remains a quaint way to have a guided tour of the harbour, as a gondola in Venice.

Bonus: a dinner at The Medina Restaurant

Located in a typical alley of the city, among the oldest buildings of Medina, the restaurant used to be a Norman residence with vaulted ceilings and fireplaces. It currently offers a typical Mediterranean menu with Maltese, Italian and French dishes: indeed, it became a cornerstone of the island’s cuisine.
In the summer months, visitors can sit in the courtyard in the shade of oleanders and vines, whereas in winter it welcomes its guests in the warmer atmosphere of its internal rooms, with their honey-coloured stone walls, comfortably sitting on a sofa next to the fireplace.
The restaurant is local just over Cathedral Square in Medina, in the labyrinthine Medieval borough, in one of the most typical alleys of the city.

Where to find The Medina Restaurant: