Trapani is an Italian town of 68 370 inhabitants chief town of the homonymous free municipal consortium in Sicily.
Trapani has developed over time a flourishing economic activity linked to the extraction and sale of salt, taking advantage of its natural position, projected on the Mediterranean, and its port, an old commercial outlet for Eryx (today’s Erice), located on the mountain that above Trapani. The economy today is based on the tertiary sector, on fishing (formerly that of bluefin tuna, with the slaughter), on the extraction and export of marble, on activities linked to trade and tourism.
The area also includes the populous village of Casa Santa, belonging to the municipality of Erice. Therefore, the entire urban urban fabric collects around 100,000 inhabitants.
Together with other municipalities, it is part of the Erice Doc Wine Roads, the City of Wine Association, the Covenant of Mayors movement, the “Western Sicily” Territorial Tourist District and the Trapani North Territorial Pact.
Trapani is located in the western part of Sicily, on the promontory of the ancient Drepanum in Latin, from the Greek Drèpanon, (Δρέπανον, sickle), given the shape of the peninsula on which the city stands. It is also called “city between two seas” as it juts out over a narrow strip of land, surrounded by the sea, which tapers towards the extreme tip of Torre di Ligny. The municipal territory is vast 271 square kilometers, the largest in the province, with a density of about 260 inhabitants per square kilometer. The city has an average altitude of three meters above sea level.
Its municipal territory is crossed by the Chinisia river. The Isola della Colombaia, the Scoglio Palumbo, the Isola degli Asinelli and the Porcelli rocks are also part of the territory of Trapani.

Mythology wants that a sickle fallen from the hands of Ceres or of Saturn, the latter the traditional patron god of the city, changed into a tongue of arched land on which the city rose, for this form called Drepanon (“scythe” in ancient Greek).
In the Aeneid, Virgil tells that the father of Aeneas, Anchise died in Drepanum and, after escaping from Didone, the Trojan hero returned there to celebrate the games, the novendiali ludi.
The founders of the first settlement of Trapani were probably the Elimi, a people settled in western Sicily in protohistoric times and of which Eryx (Erice) was one of the main centers. The small village of Trapani had to rise on an island divided from the marshy hinterland by a navigable canal and played the role of commercial port of Erice. Trapani soon became a city-emporium thanks to its fortunate geographical position. 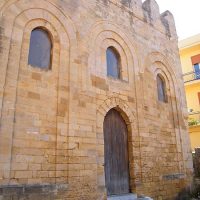 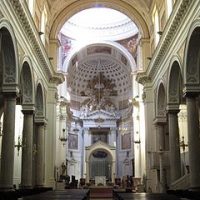 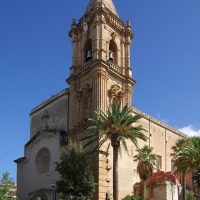 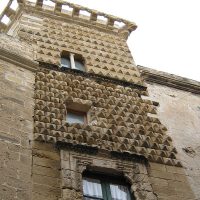 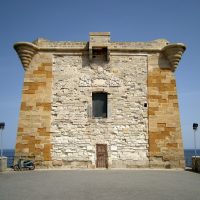 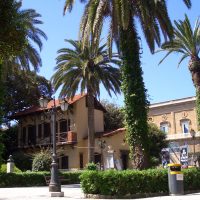 They are still active with valuable evidence of industrial archeology. The salt pans insist in the area of the Saline integral reserve of Trapani and Paceco managed by the WWF and characterized by a remarkable flora and fauna. Thanks to the protection guaranteed by the Reserve, the activity of salt and salt production has increased, favoring at the same time the return and reproduction of dozens of species of migratory birds, including the pink flamingo.