The Erice municipality (Monte San Giuliano until 1934) and located in the Trapani free municipal consortium, borders the towns of Trapani, Buseto Palizzolo, Paceco, Valderice.
The name of Erice comes from Erix, a mythological character, Aphrodite and Bute’s son, killed by Heracles. From 1167 till 1934 it was called Monte San Giuliano. The Monte San Giuliano area, called Agro ericino, included in addition to the territory of the current municipality, also those of Valderice, Custonaci, San Vito Lo Capo, Buseto Palizzolo and part of that of Castellammare del Golfo.
This territory was divided into fiefs and districts: its extension was, until 1846 of about 40,000 hectares, its coastline extended for 26 miles from Castellammare del Golfo beach to that of San Giuliano and inside it were comprised three baronies.

According to Thucydides Erice (Eryx, Έρυξ in ancient Greek) was founded by the Trojan exiles, who by fleeing in the Mediterranean Sea, would have found the ideal place to settle there; then, the Trojans united to the native population would give life to the people of the Elimi (ancient people of western Sicily). It was disputed by the Syracusans and Carthaginians until the conquest by the Romans in 244 b. C. In ancient times, together with Segesta, which seems to have a coeval foundation, it was the most important city of the Elymians, in particular it was the center where religious rites were celebrated.
During the First Punic War, the Carthaginian general Amilcare Barca laid out its fortification, and from there defended Lilibeo. Later he moved part of the Erice people for the foundation of Drepanon, today’s Trapani.
For the Romans it was an important center, where they venerated the “Venus Erycina”, the first goddess of Roman mythology in the likeness of the Greek Aphrodite. Diodoro Siculo narrates the arrival of Liparo, son of Ausonius, to the Aeolian Islands (V, 6,7), adding that the Sicans “lived in the high peaks of the mountains and adored Venere Ericina”.
In 1934 Monte San Giuliano takes the name of “Erice”. Its territory, called Agro ericino, included, in addition to the territory of the current municipality, Valderice, Custonaci, San Vito Lo Capo and Buseto Palizzolo.
Since 1957, every year, during the spring period, there is a car race of hill climbers, called “Monte Erice speed uphill race”, for which there are also an Italian championship and a European one. On the hairpin bends that start from Valderice and reach the summit of the mountain of the same name, modern cars, historic cars, racing prototypes and formula cars whiz in full speed, surrounded by athletes and enthusiasts and, of course, by a breathtaking backdrop.
Since 1963 it hosts the Ettore Majorana Center for Scientific Culture, established by the Professor Antonino Zichichi, which recalls the most qualified scholars of the world for the scientific treatment of problems affecting different sectors: from medicine to law, from history to astronomy, from philology to chemistry. This is why the town has been given the nickname “city of science”. 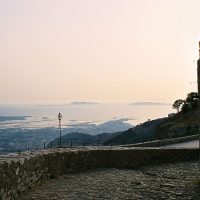 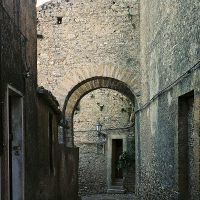 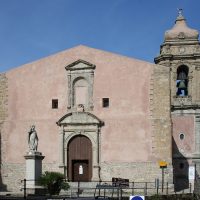 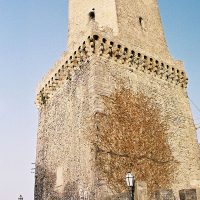 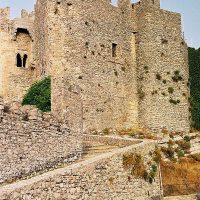 The polygonal walls are walls raised in polygonal work, by laying large boulders machined to obtain polygonal shapes, to be juxtaposed to interlocking, without lime, with wedges that fill the rare empty spaces.

Castello di Venere – It is a Norman Castle of the XII / XIII century on the remains of the Roman temple of Venus Erycina. The Venus castle is a XII century Norman castle built on an isolated cliff in the southeastern corner of the summit of Mount Erice, in the free consortium of the Trapani Comini, built on the ruins of an elimo-Phoenician-Roman temple.